The famous teams of IPL get in all the advantages while the non-metropolitan city teams without big owners not getting that much spotlight. 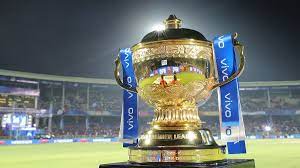 Rajasthan Royals (RR), Sunrisers Hyderabad (SRH) and Punjab Kings had officially raised objections on BCCI’s proposal of limiting IPL 2021 only to 6 venues. The aggrieved franchises were also planning to lodge formal written protest to BCCI and IPL GC against the plan.

As per the BCCI’s plans, IPL 2021 was only to be conducted in 6 cities i.e Delhi, Mumbai, Chennai, Bengaluru, Kolkata and Ahmedabad. This had led to lot of heartburn with RR, SRH and Punjab team. According to the information available, all of the 3 franchises were extremely unhappy with their home cities being ruled from conducting IPL 2021.
Related Posts

One of the owners of the franchisees said the extremely disheartening because not only this would be the second time in row that no IPL match will be conducted in the City but it’s even more troublesome that, nor the IPL committee, neither BCCI informed them anything by themselves. The bare minimum information that they have received is completely dependent on media sources.

“We three teams will be badly affected. The teams doing well are the ones who do well at home, win five or six home games and a few away, and that will take you through to the play-offs. Those five teams (Royals Challengers Bangalore, Chennai Super Kings, Kolkata Knight Riders, Delhi Capitals and Mumbai Indians) will have the home advantage, we will have to put up with all away game,” a franchise official said.

According to Cricbuzz the three franchises had taken up the matter formally with BCCI CEO Hemang Amin, outlining their objections separately. It was speculated that franchises may also lodge a written protest.
Caravan model can be considered for IPL 2021
To avoid most of traveling BCCI is also mulled over CARAVAN style of IPL edition this year. This meant that the teams would had been divided into two groups – with each group will play certain set of matches in the same cities before moving on to the next leg of matches in other cities.
Though this format of game play a wasn’t accepted and the original league process was followed.
IPL 2021 had to be stopped in midway with a lot of league matches still pending because of the sudden rise in coronavirus in the country to a vast extent.