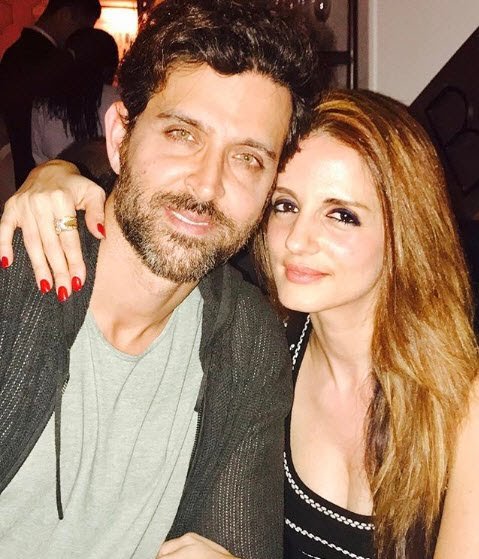 Hrithik Roshan and Sussanne Khan have seen the best and the worst phase in their relationship. From their eternal love story to their mutual divorce, here is the story of 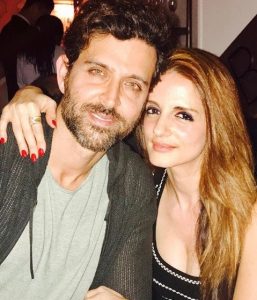 Hrithik and Sussanne and their alleged affairs.

Some love stories are forever despite their tragic ending. One such love story that will always be cherished belongs to the ‘Greek God’ of Bollywood, Hrithik Roshan and his childhood sweetheart, Sussanne Khan. A chance encounter at a traffic signal had led to a beautiful union which was later culminated into a divorce. Well, the love story of Hrithik Roshan and Sussanne Khan has seen every shade that a relationship undergoes and has proved that breakups or divorces don’t always have to end up on a bad note.

Hrithik Roshan and Sussanne Khan’s love story perfectly proves that Cupid works in the strangest ways. It had struck both Hrithik and Sussanne at a traffic signal, when both of their cars were going parallel on the same road, alongside. Hrithik looked to his left and saw a beautiful lady in the driving seat and lost his heart to her. At first, they had pretended to ignore one another, however, they say, if two people are meant to be with each other, they will find each other! And the similar thing had happened between Hrithik and Sussanne. Both, Hrithik and Sussanne had confided in their friend, Kunal Kapoor to share the traffic light incidence, and we believe it was a sign enough that they were meant to be.

When Sussanne Khan had appeared on Neha Dhupia’s chat show, BFF’s With Vogue, she had recalled the time when she had first met Hrithik in the 90’s and had said:

That’s when I explored, studied, went to LA and came back when I met a superstar boy who was not a superstar at that time, but was one in my eyes when I met him. But before this I didn’t realize I didn’t have any interest in the film world. But destiny gets me back that way. I love the films and the industry, but I am so happy being where I am in my profession.”

After a chance meeting at a traffic signal, Hrithik and Sussanne had met at the engagement party of the actor’s sister, Sunaina Roshan. He was stunned looking at Sussanne in the party, who was rocking her traditional attire. Soon, they became friends and Hrithik did not shy away from expressing his feelings for Sussanne. In order to woo Sussanne, Hrithik used to write letters and poems for her, even if they didn’t rhyme. Hrithik Roshan is 1974 born, whereas, Sussanne Khan is 1978 born.

Despite the age difference of 4 years between Hrithik and Sussanne, their hearts had started beating for each other. Soon, they had started dating, and Hrithik wasn’t even a star then. It is said that Sussanne had even paid the bill on their first date as Hrithik wasn’t earning. This had impressed Hrithik even more!

In one of the episodes of Koffee With Karan, Sussanne had revealed that Hrithik had proposed to her in a different manner before proposing to her for the wedding. She had revealed that the duo had gone out for a coffee date one evening when they were close friends. While she was having her coffee, at the end of it, she had found something in her glass, and it was nothing else than a ring. It was an eternity band, which was more like a promise ring to them and Hrithik had then asked her if she would love to be with him forever. Sussanne was highly impressed and had immediately said, ‘Yes.’