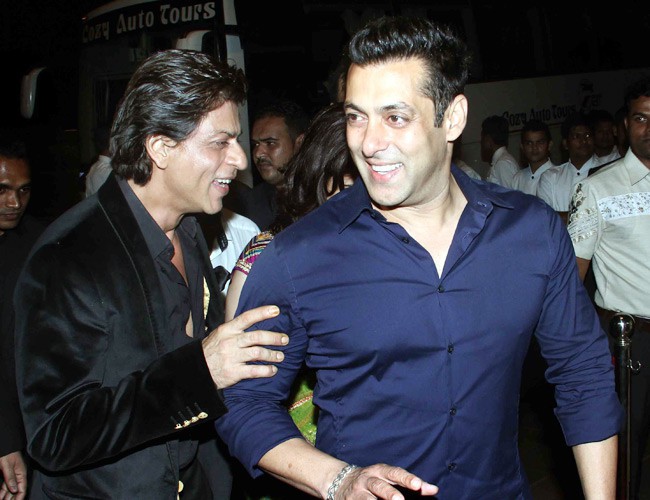 Get ready for another Khan packed punch! The “loggerhead” Khans, Shahrukh and Salman are both ogling for a leading pan masala brand. The pan masala endorsement was initially meant for Salman and when SRK got to know about this, he doubled his price when the brand approached him.

Hey folks, have you heard the latest? SRK has doubled his price for the endorsements and all due to a certain “Salman Khan” it seems. A leading pan masala brand had Salman as the “chosen one” for the advertisement but then they shifted their loyalties to the Shahrukh Khan Camp. Shahrukh Khan decided to walk a step further and ended up increasing his price twofold from the usual amount he charged.

The brand story board confirms that the company was looking out for an actor who has established his name in the industry as an ace actor on his own. The brand source indirectly revealed that they wanted Salman first. After oodles of brainstorming, the deal was taken to SRK because he had trudged the difficult Bollywood path all by himself, where as Salman belonged to a filmi family and the stardom had come easier to him.

But there is a hitch in the story, Mr. “Badshaah” Khan is not too thrilled to do a pan masala brand ad but only when he got to know that the brand had chosen Salman over him, he made a whopping jump of 100% and this time is demanding almost 20 crores instead of the Rs 10-15 crores he normally charges.

The Khan Rivalry fire re-ignites because of the pan masala brand and the brand authorities certainly are sweating it out as they are being squashed between the two Khan remunerations!