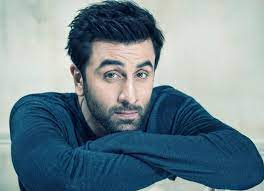 After a big blockbuster film ‘Sanju’, Ranbir Kapoor’s brand value sets the record in Hindi Film Industry. Like Mr. Perfectionist Aamir Khan, Ranbir Kapoor is also focusing on one project at a time.

Ranbir comes from a big filmy background great grandfather Prithviraj Kapoor, grand Father Raj Kapoor and then father Rishi Kapoor left irreplaceable marks in the Indian cinema, his talent is appreciable that no one calls him nepo-kid.

Ranbir Kapoor and Vaani Kapoor share screen space for the first time and their project Shamshera is directed by Karan Malhotra. This is going to be very interesting as Sanjay Dutt is playing the main protagonist in the film, the megastar whose Biopic did by Ranbir Kapoor, ‘Sanju’ is the most successful film off Ranbir’s career.

Mr. and Mrs. Tapori is still not finalized but resources say, Ranbir Kapoor and Parineeti Chopra are leading this project.