A plea has been filed against Salman Khan's Bharat in Delhi High Court seeking change in title of the film. 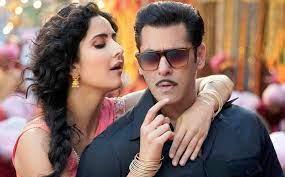 A petition seeking change of title of Salman Khan’s upcoming movie Bharat was moved in the Delhi High court on Thursday.

The petition was filed by Vipin Tyagi.

Vipin Tyagi in his plea had contended that the title of the film is in violation of Section 3 of Emblems and Names (Prevention of Improper Use) Act, according to which the word “Bharat” cannot be used for the commercial purpose.

He has also sought change in the dialogue where the character has been compared to the country, contending that it hurts the patriotic sentiments of the people of the country.

Salman Khan has been surrounded by controversies ever since he started promoting the film. Earlier, Priyanka opted out of the film to marry Nick Jonas. Salman Khan has still not gotten over this and can be seen taking a dig at the actress at every media promotion. At a press conference, Salman Khan said, “She, over Bharat, did choose USA in the ‘nick’ of time. She has worked so hard all her life, okay? And when she got the biggest film of her life, she dumped that film and got married. You know, hats off! Usually, people leave their husbands for a film like this.”

Bharat is an adaptation of the Korean film An Ode To My Father. It traces the journey of a man and a nation together. It released on June 5, 2020. Salman will be sporting five different looks in the film.

After a long wait and a list of many Bollywood actresses we finally got to know that it is Katrina Kaif who is replacing Priyanka Chopra in the movie “Bharat”.

It was announced by Salman Khan through his Instagram where he uploaded the picture or Katrina, welcoming her as the new member of film “Bharat”. The director Ali Abbas Zafar also announced about Katrina as the part of the film during one his events.