Shah Rukh Khan was asked about his health by a fan on Twitter when he decided to give a shoutout to John Abraham. 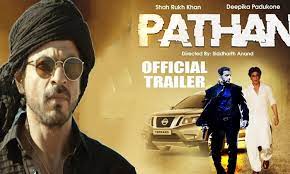 Actor Shah Rukh Khan held an ‘Ask Me Anything’ session on Twitter on Friday as completed almost three decades in the film industry. Shah Rukh left no opportunity to display his witty side when answering fan questions.

A fan asked Shah Rukh about his health when he decided to give John Abraham, his co-star from upcoming movie Pathan, a shoutout. “Not as amazing as John Abraham but holding my own…ha ha,” he wrote.

Shahrukh Khan’s debut film, Deewana, completes 29 years of its release on Friday. He took to Twitter to conduct a brief ‘Ask SRK’ session. One fan asked him if he was ‘berozgaar (unemployed)’. “App bhi Berozgaar ho gaye kya sir.. Hamari trah (Sir, are you also unemployed now, like the rest of us?),” the fan asked, to which Shah Rukh gave a cryptic response: “Jo kuch nahi karte….woh (Those who don’t do anything, they)…”

On being asked about the release of his next film, Shah Rukh said, “Right now with the situation I think it’s prudent to make film release schedules with a bit of patience.” He will make his acting comeback with Siddharth Anand’s action drama Pathan, which also stars Deepika Padukhone. The film is yet to be officially announced.

Fans were curious to know if an announcement is on the cards. Shah Rukh said, “Loudspeakers make announcement….I will gently allow my films to enter your hearts….soo sweet.

Shah Rukh said that this current state of mind is ‘like the Mumbai rain’ and also gave fans advice on how to maintain a positive outlook. “Don’t listen to negativity around you and believe in yourself,” he wrote.

When a fan wanted to know the ‘most inspiring thing’ Shah Rukh learnt in his career spanning nearly three decades, the actor said, “Not inspiring but the truth….everybody who doesn’t do the work you are best at, knows how to do it better!!!”

Rumours have been rife that Shah Rukh is teaming up with director Rajkumar Hirani for a film. On being asked about their collaboration, the actor quipped, “Just going to call him and request him….he sleeps late!!”

One fan advised Shah Rukh to come out with a dance number, as theatres struggle to regain their footfall amid the Covid-19 pandemic. “Nahi yaar ab toh bahut saari movies hi aayengi (No, I will come out with lots of movies now),” he said.

Shah Rukh Khan revealed how his life changed in the last year: “Worked a lot less and spent more time with my lovely family.” He also said that he is in the ‘rebuilding’ phase of his life currently.

Shah Rukh also gave one fan advice on how to deal with a heartbreak. “You can never overcome it….keep it as a memory and learn from the sadness will make u stronger,” he wrote.

Concluding his Ask Me Anything session, Shah Rukh wrote, “Now need to get back to the rains….love you all and thanks for all the wishes and #AskSrk. As always sorry for all not getting replies….but we have a long journey together so will be in touch soon…”