Met is school and the love lasted for ever. Rarely happens. The Badshah of Bollywood fell in love and stayed in love with his high school sweetheart. Read below and find out the love story in details. 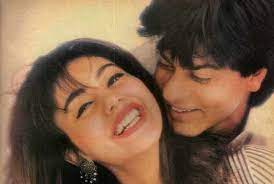 Shah Rukh Khan is Bollywood’s heartthrob and every girl’s dream man. His attractive persona on screen and charming personality off it has had fans drooling since decades. However, this suave actor is a committed man. As destiny would have it, India’s superstar Shah Rukh Khan fell madly in love with Gauri Chibber, now Khan. Their relationship has withstood all kinds of rumours and controversies and the two are always together.

In 1984, Shah Rukh Khan first time saw Gauri Chibber at a common friend’s party. He fell for her instantly. She was dancing with some other boy and Shah Rukh Khan was very shy boy that time. He gathered a lot of strength and courage and approached Gauri but you know what she did?

She just turned down his offer for dance and said “I already have a boyfriend”. Shah Rukh was totally shattered by her reply but

It wasn’t really an awesome fairytale love story. Gauri Khan fell for Shah Rukh’s wit, confidence and style. He completely won her over but one habit was a major turn off for her. Shah Rukh Khan was very possessive about her. He always wanted her to keep her hair tied, not talk to other boys and just be with him. Gauri was totally frustrated and that’s why to take a break from this relationship she went to Mumbai without informing SRK.

SRK when learned about her sudden trip, he couldn’t help but share this news with his mother. He told his mom that he loves this girl a lot and wishes to spend his life with her. To his surprise, his mother not only supported his love but also h

anded over some of her saving money amount of Rs 10,000 to help him go to Mumbai and hunt for Gauri.

He went to Mumbai with few of his friends and they madly searched for Gauri in the possible places but they failed. After a tiresome search, Shah Rukh Khan spotted her at a beach and when they both looked at each other, they broke down and hugged each other. That moment was the realization that they couldn’t live without each other.

It was not easy to co

nvince a Hindu Brahmin pure vegetarian family to approve a Muslim boy who wants to be a hero. Those days being an actor wasn’t really much appreciated. However Shah Rukh Khan and Gauri both were in opinion to get married only when their parents approve otherwise not. This was their fight for love. They kept their relationship a secret for 5 years and Shah Rukh Khan did every possible thing to convince her parents.

Finally the family couldn’t help but agree. Shah Rukh Khan’s love for Gauri just won over their opinions on religion and other thi

ngs. Shah Rukh Khan promised her family that “I will keep your daughter like a Queen” and today, believe it or not, he has fulfilled his promise and how

Finally the moment of rejoice in their life had come. The two got married. Shah Rukh Khan was just a struggler that time and he wasn’t really ambitious to become an actor that time. All he wanted was money for survival and a permanent house to stay peacefully

With will and love by his side, he did achieve a lot. He started with all those roles that came his way and his hard work got rewarded. 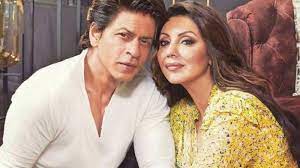 Today, Gauri is the Queen of Mannat. The two people in love have their own individuality and they give each other the space. Gauri knows how actors are and she never really allowed the public persona of SRK affect her family life. They are blessed with 3 children Aryan, Suhana and Abrham. They don’t celebrate religion, they celebrate love. These two are ideal couple for any lovebirds out there.