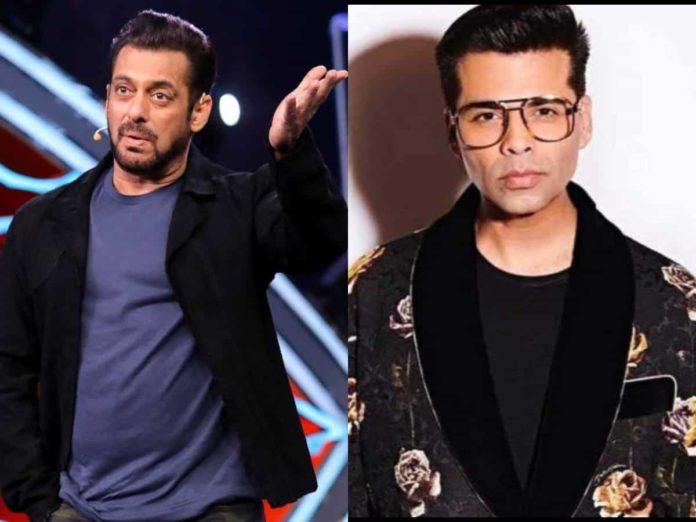 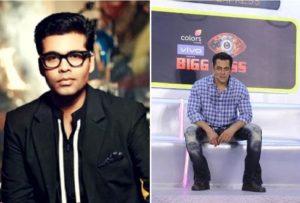 People have adored Salman Khan and his giggling crackles on the sets of Bigg Boss since forever. But, now another celebrity walks in to help him deal with the contestants living in the Bigg Boss home.

Salman Khan’s booming voice scolding the contestants loudly, had the people sit back contented. The audiences knew their “Bhai Jaan” will tame the errant participants in the show. His constant presence in the numerous past Bigg Boss seasons proves his unshakeable popularity. But, this time, the makers have turned adventurous. Now, two celebrities will share the limelight! The Bigg Boss OTT on Voot will have Karan Johar leading the show, and Salman Khan will take over as Bigg Boss host for the TV audiences a few weeks later.

“Koffee with Karan” had the audiences in splits. Karan’s smart quips and characteristic giggling mesmerized the celebrities and people alike. His hosting style is unique, and the masala he adds to the content is unmatched. Big Boss now marches the OTT route, and Karan will take over as the chat show host for the first time.

The makers and the fans are super excited because Voot will provide Karan plenty of freedom to dig out romances and provide all kinds of juicy controversial tidbits. On the other hand, Salman will have to be careful with his words on television.

The show promises plenty of scandalizing drama and plenty of leg-pulling. After all, we are aware of Karan’s natural instinct for gossip and scandal. We are sure he won’t stop! This is what Bigg Boss OTT promises us- plenty of thrills, excitement, wit, humor, loads of fun, and tempestuous moments!