The most talked about couple of Bollywood that could never find a happy ending. Find out more about it. 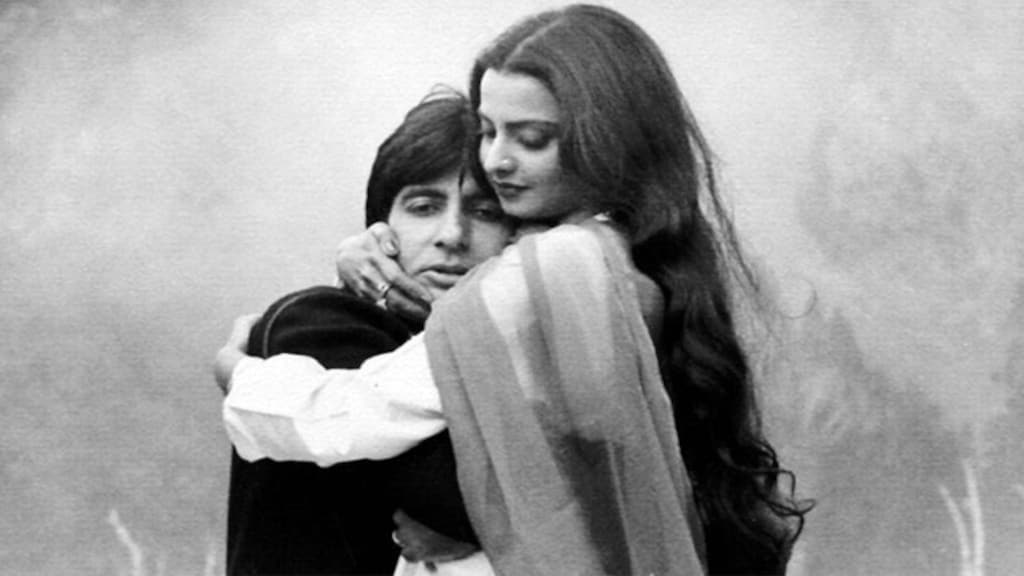 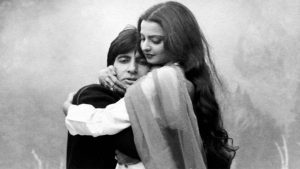 Although there is plenty on the much-discussed love triangle between Rekha, Bachchan and his wife Jaya Bhaduri, all couched carefully in libel-free language, Usman begins the absorbing biography with a discussion of the relationship that drove Rekha into a monastic existence. Rekha’s sudden wedding with the Delhi businessman Mukesh Agarwal ended in tragedy. A chronic depressive, Agarwal hung himself at his Delhi home on October 2, 1990, seven months into the marriage. (He reportedly used Rekha’s dupatta.) The couple had been separated a month before, and the backlash that ensued sealed Rekha’s reputation as a man-eater.
It is possibly one of the biggest open secrets of the Indian film industry but Rekha and Amitabh Bachchan’s off-screen romance still comes alive every year on October 10 and 11. While the two themselves have said very little, everyone else seems more than certain of the affair. And it is probably the deafening silence that the two celebrities have maintained which adds to the enigma of this complicated relationship.
The On-Screen RomanceRekha and Amitabh Bachchan were first cast opposite each other in Do Anjaane, ironically that’s what they’ve become to each other today. Strangers. Only difference being that in the film, it was Rekha’s character who wanted to forget Amitabh, while in real life it is the other way round.The story of their romance began to be talked about as they featured in many more films like Khoon Pasina, Suhaag, Muqaddar Ka Sikandar and even the famous Mr Natwarlal.The Complicated Silsila…But it was in Yash Chopra’s 1984 romance Silsila, that the rumours of their alleged affair peaked. Starring Amitabh Bachchan, Jaya Bachchan and Rekha as the ‘other woman’, the interesting cast almost seemed to show the stars playing their respective in roles real lives.