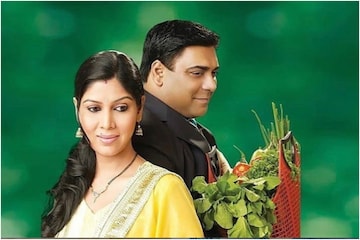 It’s happening again! The telly show “Bade Achhe Lagte Hain” (BALH) is heading for leap of nine years. Buzz has it some interesting twirls and developments are awaiting fans in the temporal jump during the coming episodes!

OMG, viewers are feeling so diabolically fed up, that they are contemplating swapping loyalties to another show…any other show for that matter!

Now that Ram Kapoor and Priya are in a happy space with their daughter Pihu and expecting twins, the serial needs a change, and what could be a better way to add freshness than to revamp it. Who knows! It may open up all sorts of fun possibilities.

Parrvarish’s Raavi as Pihu?
As for now, the rest of the cast will remain the same but Pihu and Khush will have to be replaced.The energy and cuteness of the young Pihu will be sorely missed. The cutie pie has reportedly given her last shot, and a teenager Pihu will be revealed on the episode to be aired on Monday August 12.

Buzz has it that Aanchal Munjal (currently seen as Raavi in Parrvarish) is likely to play the role of grown-up Pihu in “Bade Acche Laggte Hai” .On queries, about BALH, the gal said if the role is challenging, she will take it up. “However, my mother is the one who is in talks with the makers and she knows best,” says Aanchal.

Other interesting developments?
So what other interesting developments do you expect from the Kapoor Khandaan? Given that the jump forward of about nine years, I’m guessing Ram may show a few grey streaks while Priya may start draping sarees. We will have the twins, Sid may return, Ayesha will probably be the same snooty woman, some characters not wanting to age might quit….and more..

Does this new leap interest you totalfilmy readers or are you bored of Ekta’s worn-out and jaded tricks to continue following it?