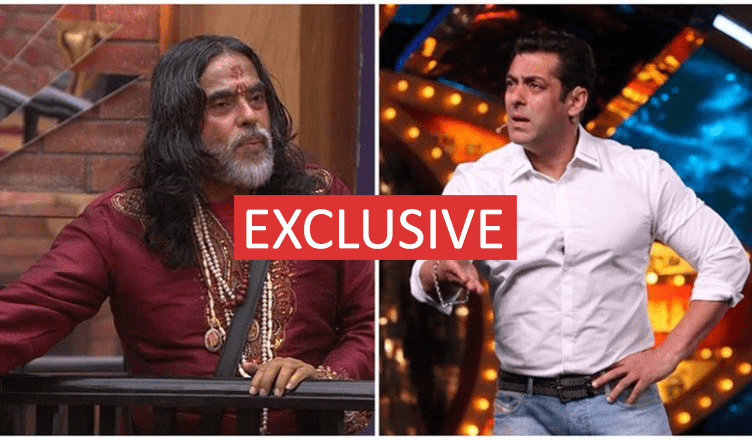 The bearded “common-God-man” of Bigg Boss 10

, seems to have stretched it a bit too far! From the time Swami Om, one of the contenders on the Big Boss 10 show, was thrown out by “greatest hero” Salman Khan, he has been desperately warning people and trying to gain a sympathy wave to re-enter the show. Swami Om who had at one time been termed as the “biggest entertainer of the show” by Salman himself, is now clambering onto the mud-slinging drive in desperation, and has publicly stated to the television viewers “I will break Salman Khan’s bones”.

It’s National television news and we heard a shocking threat made to Salman Khan by the tantric contester Swami Om from Bigg Boss 10. Om has admitted that he will break the Bollywood superstar and Bigg Boss show’s host, Salman Khan’s bones. Swami Om has been desperately trying to grab attention from outside the “task-based house” and has admitted that he had slapped the superstar in the house and called him an anti-National ISI agent on New Year’s Eve.

The finale of the show has been organized for the January 28th and it seems that the self-styled Godman will be coming face to face will the dashing Khan. Will there be some verbal bashing in the offing? Well, there may be because Swami Om is not giving his words a break, and is constantly hankering after Khan. He was heard stating, “Deshdrohiyon ke finale me hum aag lagane aa rahe hai. Salman Khan ki haddiyan todne jaayenge (I am going set fire to the finale of these anti-nationalists. I am going to break Salman Khan’s bones).

Is Om spoiling for a brawl with Salman because the latter had ousted the tantrik out of the House? It seems so! Now the organizers of the channel are all getting ready for the finale of Big Boss 10, and an invitation has been sent to the dramatic “Om Ji”. This seems to be strange, as The Channel seems to be challenging Salman’s words that he doesn’t want the channel to have anything to do with people like Swami Om.

Isn’t that taking things a little too far, Colors TV channel and Swami Om? But it’s true, and Swami Om “the controversial man” is showing some daring spunk ever since the day he has left the house. Not a news channel goes by, which Swami Om has not tapped highlighting his bitterness against the Khan. Om has been speaking out of turn and now he rides on cloud nine after the Channel’s invite.

The clash between the two going to be a sight to behold especially knowing the tight fuse Salman Khan works on, and Swami Om has been hitting the Bollywood actor below the belt a little too many times. Be prepared for sparks to fly, turn on the television on time to catch the sparring of words on the January 28th!