‘Notting Hill’ star Hugh Grant thinks he’s grown ‘old enough’ to evade lead roles in romantic films and rather wishes to take up writing or directing films in near future. 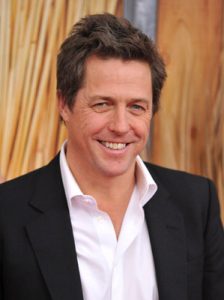 The 51-year-old actor, who has previously given hit rom-com’s like ‘Music and Lyrics’, ‘Love Actually’, ‘Bridget Jones’s Diary’, and ‘Two Weeks Notice,’ now feels too old to be part of the genre, reported the Contactmusic.

End of a romance?
The British star, who has always been quite vocal about his disrespect for acting and celebrity status, said that he has never been keen on his profession, and would now rather take on smaller parts.

“I’ve never been the world’s keenest actor. I don’t miss it at all. I do occasional things that are odd,” he added.

However, Grant may consider something in directing and writing.

“I would love to direct. And after all, I’ve worked with lots of very good directors now, really good directors, and that really does interest me,” the internationally acclaimed actor-producer added.

“I would love to write. But I’ve been saying it for years and I’ve never got around to it.”

Well, we wish Hugh Grant all the best!

Kim Kardashian Showered With Flour On The Red Carpet