In this article, we will let you know about the updated IPL 2021 schedule, new dates and new venues, points table, Orange cap, timetable, and team list after the suspension of the 14th edition of the league. The Board of Control for Cricket in India (BCCI) is eyeing the September-October window to conduct the remaining 31 matches of the IPL 2021, which was suspended earlier in May following a covid-19 outbreak in players and staff, in the UAE.

IPL 2021 began with a bang on April 09 this year as two giants of the competition, Royal Challengers Bangalore (RCB) and Mumbai Indians (MI) locked horns in the opening fixture at Chennai.

Then began the caravan of the most-loved cricket tournament in the world, the Indian Premier League. Looking at the worse COVID scenario, all the games took place behind closed doors and the teams were all a part of the bio-bubble. However, the BCCI faced a massive blow as several players of different teams started testing positive for COVID-19 and the tournament had to be suspended indefinitely.

When IPL 2021 came to a standstill, the league had already witnessed 29 breath-taking games of cricket. Now, there is a dilemma as to when IPL 2021 will resume and in this article, we will provide you with the best possible details available at the moment.

However, after 29 games, the tournament had to be suspended due to the COVID-19 outbreak and thus, the IPL 2021 schedule will have to be restructured. Immediately after BCCI suspended the IPL, the IPL Governing Council Chairman, Mr. Brijesh Patel, said that IPL 2021 isn’t completely finished and the BCCI is looking to conduct the tournament before the ICC T20 World Cup this year. 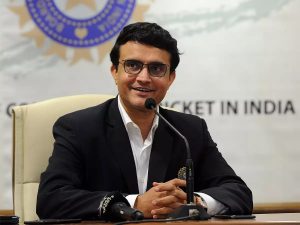 BCCI President Sourav Ganguly has made it clear that the tournament will not resume in India for sure. However, he has also given positive indications in regards to the IPL 2021 schedule. He has asserted that the BCCI is in talks with other cricket boards and the International Cricket Council (ICC) to find a window and resume the tournament away from India.

Slot 2 (November)- The second slot that the BCCI can look forward to continuing the IPL this year is in the November window after the completion of the ICC T20 World Cup 2021. As per the tentative schedule, the ICC T220 World Cup will take place from October 18 to November 15 and thus, the BCCI can look to conduct the tournament after the tournament.

BCCI President Sourav Ganguly has made it clear that the resumption of IPL 2021 can’t take place in India. Hence, it is now clear that the tournament will have to be shifted to another country. The Indian Cricket Team will fly to England in June for the ICC World Test Championship final and a five-match Test series against England which will end in the month of August.

Venue 1 (England)- As the English, New Zealand, and Indian players will be in England from the month of June, England could be a suitable venue for the BCCI to conduct the tournament. Notably, a few English counties had also written a letter to the BCCI via ECB in the same regard.

Venue 2 (UAE)- As the COVID-19 pandemic in India surged in 2020, the 13th edition of IPL, IPL 2020 had to be moved to the United Arab Emirates (UAE). The tournament in UAE was a massive success as the authorities were able to ensure that no player or support staff came in contact with the coronavirus. Hence, it could be a very safe option for BCCI to conduct the tournament in UAE.

Venue 3 (Sri Lanka)- Sri Lanka Cricket had offered to host the remainder of IPL 2021 in their country. BCCI has also informed that a second-string Indian team will be in Sri Lanka in the month of July to play a three-match ODI and a three-match T20I series.