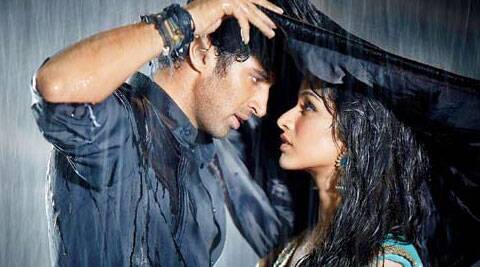 Within just 10 days of its release on ‘YouTube’ more than 18 lakh people watched the promo of the title track of the musical love story. The teaser of the song launched on March 23 under the label of T-series has crossed has over 1,852,947 likes on the broadcasting website.

The romantic track composed by Mithoon and sung by Arijit Singh is also an instant hit on the social networking websites like Facebook and Twitter. Facebook’s pages are completely swamped with the video of the song.

The growing popularity of the film’s first song “Tum Hi Ho”, prompted producer Mahesh Bhatt to state, “Bhushan Kumar had approached me stating that if T-Series and Vishesh Films team up under your guidance we can recreate history. Bhushan Kumar had proved that he was his father’s son after all. He had delivered what he had promised in just two days of Tum Hi ho’s release. I get the feeling that this is just the beginning. The beginning of something good.”

Aashiqui 2
Aashiqui 2 directed by Mohit Suri is the sequel to 90’s romantic blockbuster which featured newcomers Anu Agarwal and Rahul Roy. The original film directed by Mahesh Bhatt was a box-office hit and music composed by Nadeem-Shravan had gone viral among the youth.

The new age “Aashiqui” has the fresh onscreen pairing of Aditya Roy Kapoor and Shraddha Kapoor. This will be Aditya’s first full-fledged movie as a lead actor after playing supporting roles in Guzaarish and Action Replayy. Shraddha, the new “Aashiqui” girl was earlier seen in ‘Teen Patti’, and ‘Luv Ka The End’.

‘Aashiqui 2’ has 10 songs composed by Jeet Gangulli, Mithoon and Ankit Tiwari and its lyrics have been penned by Irshad Kamil and Sandeep Nath. 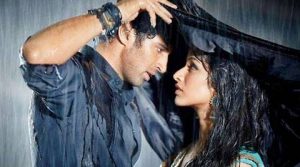 Says Mahesh Bhatt, “Fade in 22 years later, the dream is the same, the dreamers have changed .I was aware from the very beginning that the high standards that Aashiqui had set ..what Gulshan Kumar and I had achieved together would be a formidable task. But when Shagufta Rafique came up with the heartbreaking narrative of ‘grownup’ love, I suddenly felt that we perhaps had the beginnings of a worthy contender to the firstborn. And when Mohit Suri gave this film soul, with great music sourced from three super talented music directors, I could smell the scent of roses everywhere”

This much awaited T-Series & Vishesh Films musical drama is expected to hit the big screen on May 10 this year.