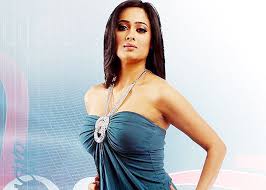 Shweta Tiwari, a television favourite, has been in the news for all the right and the wrong reasons.  The fit and svelte actor is currently shooting for the TV show “Khatron ke Khiladi 11” in Cape Town.  Amidst the giggles, action, power-packed stunts, Shweta, a mother of two, often shares screenshots and videos of her children and estranged husband, Abhinav Kohli.

Hardly had we got over the video Shweta shared of Abhinav pulling her child Reyansh aggressively from her arms publically in CCTV footage, we now get to see the mother chat smilingly with her son and daughter in a cute Instagram video “Photo”. On June 17th, 2021, Shweta on her Instagram story shows her kids Reyaansh and Palak talking and smiling with her. From Cape Town to her audiences, Shweta wrote “Never ending stories” and heart emoticons on her story, describing the conversation.

It seems Shweta Tiwari had forbidden her separated husband Abhinav Kohli from meeting their son Reyansh. A little while ago Shweta had shared CCTV footage showing Abhinav forcibly snatching Reyansh from her arms and striding off as she begged him to hand over the child back to her.

A nasty custody battle is on between the two involving plenty of mud-slinging and abuses. In fact, Abhinav Kohli often bad-mouths Shweta on Instagram and is said to be searching frantically for his son in her absence. An active Instagrammer, Shweta often shares stories of her escapades and “Behind-the-scene-fun-times” with her KKK 11 mates.